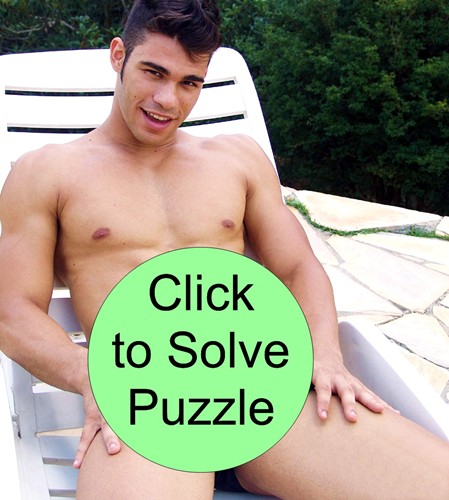 Random Numbers for Lotteries
Get lucky numbers for any lottery

The youngest set designer in Oscars history outlines a bold vision for broadcasting diversity. As a 30-year-old set designer, Jason Sherwood is still at an early place in his career — but he already boasts an impressive résumé.

A graduate of New York University, he first made his mark designing a performance for The Chainsmokers on Saturday Night Live. He also designed the People’s Choice Awards, the Spice Girls World Tour, and Rent: Live, for which he won an Emmy Award.

And now, the gay millennial has become the youngest set designer for the Academy Awards in its over 90-year history.

"It's a total thrill," Sherwood told GayTies.com Wednesday at the Dolby Theatre in Los Angeles, just days before Hollywood's biggest night. "In my world, in production design, it's a gold standard job to get to work on this show. I'm a lifelong movie fan, so it's been very fulfilling in a bunch of different ways."

The Oscars were always an important part of Sherwood's life. In his youth, he watched the ceremony with his family over popcorn at his home in Bergen County, New Jersey. Although he could not have seen all the nominated productions in those days — his parents deemed many of them "inappropriate" for kids — that didn't stop Sherwood from making his own predictions of the winners. He was also fascinated by seeing actors playing a novel role: themselves.

"You don't ever see Julia Roberts as herself. You see her in character. And so then to have this window into this highly exclusive, beautiful, glittering little diadem that is the Oscars night, I thought it was fascinating," he marveled.

However, it wasn't only the glittering stars that captivated Sherwood. For years, the curtain at the Academy Awards was comprised of tens of thousands of Swarovski crystals, which became an "iconic" part of the show's production for Sherwood and a symbol of Hollywood glamour.

Now, Sherwood has his own opportunity to shine. Unlike his predecessors, who were older with more seasoned credentials in the spectacle of big Broadway productions, the set designer is relatively an ingenue. He sees this perspective of fresh eyes as an advantage in taking on the task.

"It's been a real opportunity to say, 'What's something I've never done before that I now have a chance to do?' Because it's on this enormous platform and with all these incredible resources and all these collaborators to work with," he said.

As one might imagine, the Oscars set, like Rome, was not built in a day. Sherwood was hired in October 2019 and planning began only three months ago — with holiday breaks in-between. Moreover, the undertaking is unlike anything Sherwood's ever done before. The Oscars is at once an awards ceremony, a television show, a live event in a theater with a 3,400-seat capacity, a [break_free] celebration of filmmaking, a series of speeches from movie stars, and a selection of musical performances from some of the most prominent names in the entertainment industry.

Once everything was planned, Sherwood and his team had only about two and a half weeks to set everything up in the Dolby Theatre, which involved transporting and transforming thousands of pounds of steel into something beautiful for a few short hours.

Sherwood, perched on a settee at the top floor of the Dolby after a long day of interviews — the doors to the set remained closed to press — seemed undaunted by the task.

"Figuring out a format that puts all of those things together in a way that is exciting as live entertainment is the challenge I think. And then serving it up on a glamorous platter for some of the most esteemed artists of the generation to receive big awards is just a huge responsibility from a production design standpoint. It's been fun figuring out how to crack that nut," he said.

To distinguish himself from predecessors, Sherwood is ready to "embrace technology in a unique way on the show." One major visual device to achieve this is a "cyclone," which he describes as "a moving sculpture of the movies," or a "swoop that starts at the back of the stage and crests out over the audience." Moving images will break out of traditional frames and be projected within this cyclone.

The resulting effect — winners will become visually immersed in film — reflects the space movies have taken in the real world and human culture, said Sherwood.

"I can't go to a dinner or walk down the street and not hear somebody talking about Parasite or Joker or movies that touch on anything from the class divide to the mental health disparity in America or these huge human experience themes. And so to serve up a design that would be anything less than that I think is to miss the point," he said.

The stage must also morph to accommodate a performance. To this end, Sherwood worked with nominated singers like Cynthia Erivo, Elton John, Randy Newman, and Idina Menzel to "make the most impactful moment" of their respective songs, which could mean removing sections of the set or bringing in a small army of backup singers. (There will also be special appearances from Billie Eilish and Janelle Monáe.) The task of translating a song for the Oscars stage can be "daunting" for anyone, observed Sherwood. Many times, the song had only been performed before within the context of a closed studio set.

But more than set pieces, Sherwood is working with producers Lynette Howell Taylor and Stephanie Allain to infuse the Oscars ceremony with diversity and "visibility in a way that perhaps the nominations don't always allow," a reference to the lack of women and people of color nominated by the Academy of Motion Picture Arts and Sciences this year. This means bringing in presenters and performers from a range of racial and ethnic backgrounds and queer identities.

"We're hoping that we're making a version of the show that speaks to the world that we live in," said Sherwood, who as a gay man, takes the responsibility of showcasing diversity at the Oscars "very seriously."

Sherwood said this diverse staging is not a direct political statement to the Academy, but rather a reflection of the greater entertainment industry. "We want to make sure that we honor our responsibility to all of the films and all of the work that was eligible, to make sure that the show is reflective of that landscape," he said. However, Sherwood did not deny that the lack of diversity within the nominations was problematic. Indeed, he sees the ceremony itself as a means of responding to it.

"Sometimes you work on something that maybe doesn't feel like it was exactly made for you, but that within it you get to make a series of small victories or a series of small changes that maybe help move the needle in a particular way," he said. Sherwood joked, despite the lack of LGBTQ nominees, he hopes to make the hashtag #OscarsSoGay trend this year, in part due to the performances from John and Monáe.

So what does success for Sherwood look like on Oscars night? "I was always interested [to begin] a career in theater because I thought that the communion between a story on stage and a group of people in an audience was the thing that would create empathy and create understanding in the world," he said.

"If there's any kind of moment where any person in the world sees themselves and says, 'Oh, that's it. That's ... an opportunity for me.' ... My greatest hope for the show would be that happens for a person."

"What's my biggest fear for the night? I'm wearing a white tux jacket and I could just see a glass of red wine going right on it," he concluded with a laugh.