Basic & Regular Members
Get 2 Free Days of
Premium Upgrades
With Profile Photo.
So Nothing is Blocked!

No credit card required to join. So click here to join for free 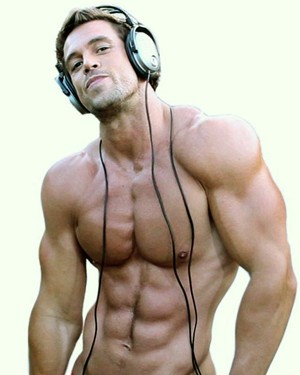 Log-in to see all our wonderful content: Great videos and photos, informative news and stories, fun chat and personal ads too.

'Next Level Shit' Is a Cinematic Valentine for Anal-Retentive Gays

Next Level Shit Is a Cinematic Valentine for Anal-Retentive Gays Ben Baur stars in a gross-out short with an empowering message of self-acceptance. This new short is dropping a powerful message about queer love: Shit happens.

The gross-out romantic comedy has a surprisingly sweet message about self-love, as was intended by director and writer Gary Jaffe. “In all my work, I’m looking to foster a more nuanced self-acceptance in the queer community and beyond," Jaffe said. "In Next Level Shit, a 'perfect' gay (played to literal perfection by Ben Baur) comes face to face with the demons hidden in his own neurotic pursuit of gay perfection.

"There’s a quiet, tender look Chris (played with warmth and hunkiness by Daniel K. Isaac) gives Taylor in the final moments of the movie which contains so much of the affirmation he needs to accept himself for everything his body is. I hope that, by making that self-acceptance real in fiction, I can help make it real for all of us.”

The film first premiered at Outfest Los Angeles and was a hit on the LGBTQ+ festival circuit. Thankfully, it is now available for all to digest on YouTube.(pub 2/21) 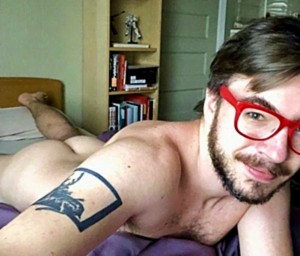 GayTies.com, which is a not-for-profit website, is run by disabled Americans. Since its creation in 2006, no staff has gotten paid to work on or manage GayTies.com. In the company plan, no one will ever get paid. In fact, the staff still pays a portion of the expenses to host and operate the site. Money is needed to paid the contracted costs such as hosting, advertising, improvements, and repairs. This is why we have a few BONUS features, to help meet this costs. You might think that is really weird or even untrue. Why would anyone do this you ask, if not for pay?

The creators of this website find a great social value in establishing a sort of web-based, gay community outreach newspaper. Like many newspapers, GayTies has an up to the minute news section, a featured story, Personal Ads, a game or comic section (including Fun with Captions and dirty word crossword puzzles as well as a unique photos puzzle THEY designed), and an entertainment section. In addition to those common features, GayTies.com has a Video Library of over 5,000 videos (and growing), a Photo Gallery of 0ver 30,000 male photos (and growing), and some unique features such as daily GAY horoscopes, Lucky Numbers, tons of searchable profiles, and ORIGINAL erotic stories.

AND … here is a biggie, GayTies.com has a real customer support staff that will assist you usually within 12 hours to answer your questions or help you use the website. Wow! That is amazing. All this for free. When they say free, they mean anyone who joins (with a proper email address) has access to 90 percent of the entire website content. They only offer some videos and some photos for a low cost to help pay for the maintenance of the site. GayTies may be free to you, but it is not free to those who run it and manage it and add improvements to it

Why doesn’t GayTies get income from ads and re-directs to other paid sites, like every other gay website that features sexy videos?

It’s very simple. They hate the way those other sites operate. When you go to a site that says “FREE” and you click on something FREE, it takes you to another site that is for pay only. They HATE that, don’t you? GayTies.com accepts no advertising. There are no sneaky re-directs to other sites, no re-directs at all, there are no cookies to misuse and abuse their members, there is no selling or exchanging of members' contact info. No tricks.

A lot of our members are shut-ins or guys who are deep in the closet who need community information and some comfort and support. I know this may sound like bullshit, but some people in the world want to provide a service. In this case, an important service that delivers comforting entertainment, up-to-date news, great videos and photos, and a vehicle to meet other gay and bi men in person or just on the internet in chat.

Who are these charitable guys who created and operate this site?

They chose to remain anonymous because they do not want to over showdown their humanitarian outreach to the gay and bisexual community. But I can tell you that these men have worked for decades as volunteers in the gay community, many years assisting people with AIDS, working on improving relationships with police, One of these men is responsible for establishing and operating an anti-gay violence hotline, and in general, working to secure full right to the LGBT community. I know almost all private adult websites are probably big companies that spam everyone, trick them, plaster their sites with misleading advertising as well as awful and annoying re-directs. Gayties.com has it organizational model centered on establishing a valuable service. A service that is safe and private, run by a few guys who want to give back to the community. It’s a service that is entertaining and informative; a service that is largely free, and hopefully soon, self-sustaining.

GayTies staff wants to thank those many members for their long-term support. If you would also like to help, please buy an upgraded membership, and/or give a donation, or help promote GayTies.com on other website and forums and blogs. We need more members to post links back to GayTies.com on such site as Facebook and Twitter, Reddit and whatever other gay-friendly sites you come across. Thank you all for your support!

Use "Contact Us" at the bottom of the page to ask a question. Question as of November 20, 2020:I just received an email for GayTies with the word "Test." That's it. Just that one word. What's it all about?Answer: That's … Read more

Fixing Video Issues We want to talk about why some videos won't play for YOU, or maybe no videos will play for you, and how you can fix those issues. The first thing we do when a member says he cannot play a vid… Read more

All About Upload Photos

All about uploading photos Profile Photos Below are 2 examples of Profile Photos: head and headless. First, understand that PROFILE photos are uploaded under the "My Stuff,” by clicking on "Change Photo." Your priv… Read more

All About Our Very Special Gay Videos

All About Our Very Special Gay Videos There are sites that show standard suck-fuck gay videos. Those can be fun at times. We have those too on GayTies, but we specialize in all the international amateur videos that cat… Read more

What are Credits and How to Use Them

Credits (to send members gifts) are a great attention getter! GayTies Credits are free when you first join. You get 50 of them. After that, there is a small fee. Gifts are not real objects; they are images rangin… Read more

How to use Date Match and Sex Match

Yes, there are two of them: “Date Match” is for nonsexual friends and causal to serious dating. But there is also “Sex Match,” which is for those NSA (no strings attached) hot sex hook-ups, either in person or … Read more